The Department for Economic Zones Management of the Ministry of Planning and Investment is in the process of completing the draft Law on Special Administrative-Economic Units, with adjustments being made in terms of local operations, organisation, administration and foreign investment incentives. 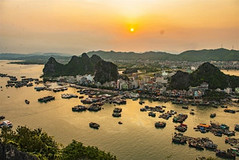 Its policies will focus on building a particularly favourable business environment by greater opening of the market in the special zones and regulating investment conditions in attractive industries, especially for foreign investors.

The draft law also proposes regulations to renovate and simplify investment at a provincial level in accordance with policies set by the Prime Minister, particularly when granting investment registration certificates for public-private partnership and offshore investment projects.

Access to land for domestic and foreign investors is also improved in the proposed draft. Accordingly, investment projects with significant innovation, mostly in the fields of research and development, health care, education, and projects of strategic importance would be granted a 99-year land lease.

In addition, the State budget will focus on targeted objectives for these special units in the next 10 years, allowing for local budget deficits in favour of important technical, social and environmental infrastructures, and implementing specific policies prescribed in the draft law.

The draft law gives priority to incentive policies on tax exemption, with the highest level of incentives applied to creative start-ups, research and development, healthcare, education and investment projects.

The law also regulates tourism and services development policies, such as raising the level of duty free sales value for Vietnamese tourists and foreigners in non-tariff areas, implementing a simplified and expanded visa policy, and applying lower special consumption tax rates for casino businesses to compete with Singapore and Malaysia.

More specifically, there are differences in the level of competitiveness for each new administrative zone, which would affect their development pathways, said Dong.

According to Dong, Van Don, which is only a three to four hours flight away from China, should plan to gradually construct and improve its airport for better access to this market in terms of tourism and logistics.

Phu Quoc, with its 3,000 hectares of natural beauty, and the advantage of being easily accessible from other ASEAN countries, should attract investors in the tourism and services areas.

The Van Phong Special Zone, which can potentially house a number of deep sea ports, as it is just next to a junction of important international maritime routes in the East Sea, should focus on strategic development for maritime transportation through the Kra Canal.

Preferential investment incentives are only applied to industries with development priorities in each special zone. For example, in Van Don, only tourism and high technological production projects will be given preferential treatment, and the same applies for mechanical engineering, telecommunication or electronics production projects in Van Phong.

The draft law includes changes in the administrative structure of these special administrative zones, placing personal rather than collective responsibility on local leadership for implementation of government policies.

Heads of special economic administrative units will perform the function of State management, deciding and organizing the implementation of all administrative and socio-economic activities in their respective units, while judicial administration will be managed by a district level special court with the competency and responsibility of a provincial level court.

Dong also mentioned other adjustments in these special economic units, such as the possibility applying foreign laws for any foreign business investing in Vietnam, which should help solve business-related issues that might arise in foreign courts.

Nevertheless, the DEZM considers the biggest obstacle in completing the draft law is whether it can meet investors’ needs. As such, the Ministry of Planning and Investment (MPI) believes it should follow the Politburo’s direction and the Prime Minister’s orientation to put emphasis on experimenting and adjusting policies in a continuous and flexible manner through each economic development period.

Hoang Ngoc Giao, Director of the Institute for Policy, Law and Development Studies and Tran Dinh Thien, Director of the Vietnam Institute of Economic and Policy Research, said that domestic investment must be treated the same as foreign one to enable a competitive edge to Vietnam’s domestic economy.