This is the opinion of many participants at the workshop on information on tobacco harm and communication on tobacco harm prevention jointly held by the Fund for Prevention and Control of Tobacco Harm (Ministry of Health), the World Health Organization (WHO) and Health Bridge in Vietnam on 19th April 2018 in Ho Chi Minh City. 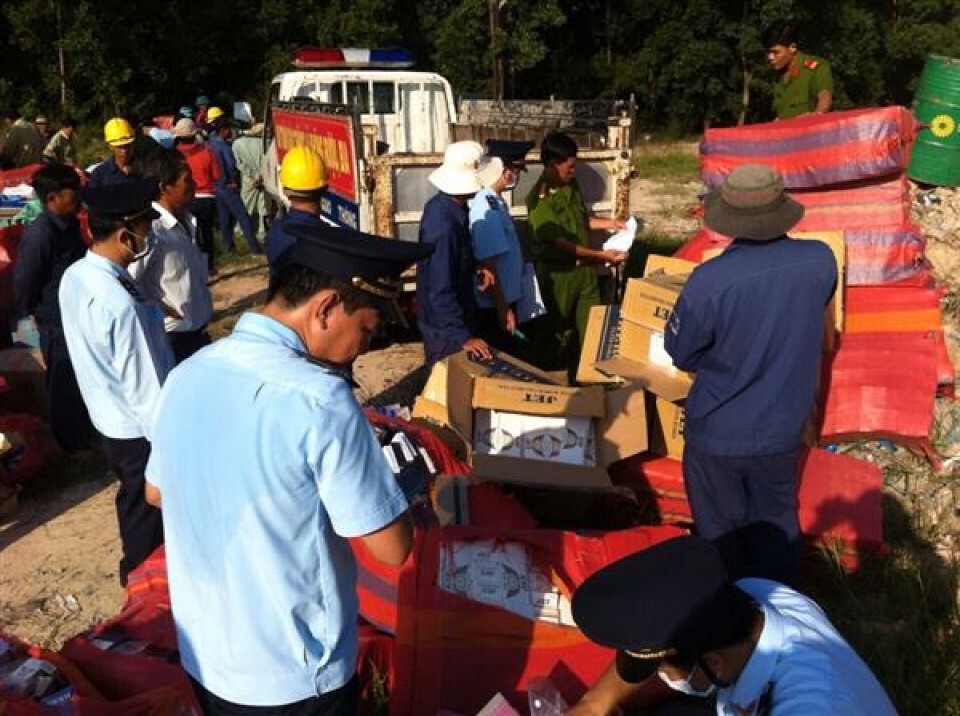 Deputy Director of the the Fund for Prevention and control of tobacco harm, Phan Thi Hai said, that Vietnam is now among the top 15 countries with the highest number of smokers in the world. Every year, Vietnam has about 40,000 people who die from tobacco-related diseases. It is forecast that by 2030 this number will increase to 70,000 people per year if effective interventions, including tax increases on tobacco, are not effectively implemented.

In addition, tobacco also affects the national economy when people spend VND 31 trillion per year to buy cigarettes and spend VND 24 trillion per year for the treatment costs for 5 diseases (lung cancer, upper gastrointestinal tract cancer, chronic obstructive pulmonary disease, myocardial infarction and stroke) out of a total of 25 diseases caused by tobacco (equal to 1% of GDP), Hai emphasized.

On the same side with Mrs. Hai, Dr. Pham Thi Hoang Anh, Director of Health Bridge Canada, said that tobacco takes a considerable amount that could have been spent for more urgent investment projects which may benefit the community more, because of the high cost of medical treatment for diseases caused by tobacco, loss of productivity, loss of foreign currency due to the import of raw materials and tobacco, and environmental degradation (cigarette butts, soil pollution caused by the use of pesticide and herbicides …) and affects the household economy.

With these harmful outcomes, according to the participants, the use of price and tax measures are important and effective to reduce tobacco consumption. Phan Thi Hai emphasized that the tax increase on tobacco products is a necessity, contributing to raising the budget revenue and reducing smokers.

The world’s evidence and trends suggest that tax on tobacco products will be more effective if it is converted to a mixed tax or absolute tax. From an economic aspect, the absolute tax has advantages, such as positive impact on price (avoiding transfer pricing), easier management of tax revenue and revenue estimation due to tax revenue which is calculated on the number of sold packs.

At the same time, reducing the phenomenon of consumer movement from high price to a lower one, (in Vietnam, cigarettes are various with many prices from high to low) and brings better effects on the prevention of tobacco use by young people and low-income people, Hai said.

Doctor Nguyen Tuan Lam, WHO Vietnam, also said that tax increase on tobacco products will bring many benefits, such as reducing tobacco consumption and raising the budget revenue. Specifically, according to WHO and World Bank estimates, with a tax increase of 10%, it will also will make the price rise by 10%, consumption will fall by 4% in developed countries and 5% in developing countries, and 10% for poor people and young people. The high price will also prevent children from starting smoking. Similarly, according to the World Bank, globally, a tax increase of 10% will increase the government tax revenue by 7 % on average.

At the workshop, there were concerns that special consumption tax increase would lead to increase in tobacco smuggling. However, according to many experts at the workshop, the consumption of smuggled tobacco was due to other factors rather than special consumption tax. This is due to high import duty barriers (135%), customer’s interests (smuggled tobacco are mainly some brands such as Hero and Jet with market share of 80-90% and are concentrated in areas) and ineffective control of smuggling, especially in retailing.