Member states of the Association of Southeast Asian Nations (Asean) are striving for a goal to allow international tourists to travel freely between the countries with a single visa, in an effort to boost tourism. 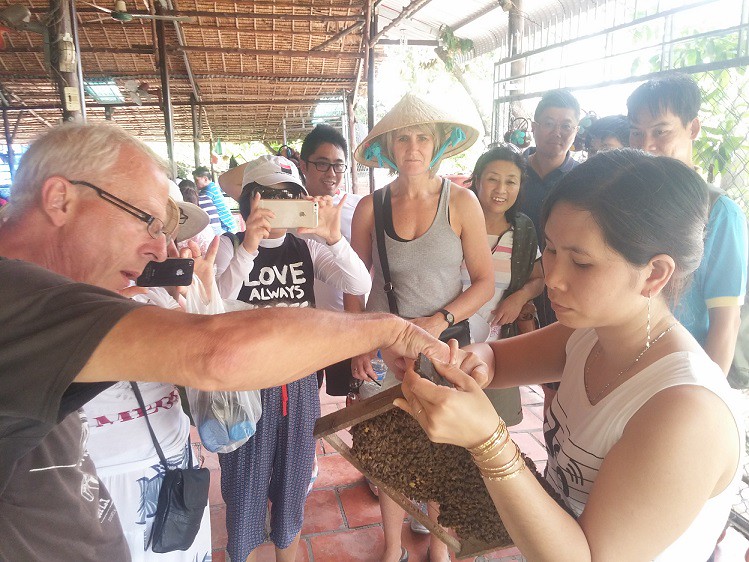 Using a joint visa for all Asean member nations would require a thorough process and should be first applied to a group of countries, according to experts.

Asean is a political and economic organisation whose members include Brunei, Cambodia, Indonesia, Laos, Malaysia, Myanmar, the Philippines, Singapore, Thailand, and Vietnam.

The single-visa idea was first put forward at the International Tourism Expo (ITE), organised in HCM City in 2007, as the hosts proposed issuing a joint visa for visitors to Cambodia, Laos, and Vietnam.

In September 2013, tourism ministers from the three Indochinese countries, along with Thailand and Myanmar, sat down and discussed measures to simplify paperwork for tourists entering the five nations.

Prior to the meeting, Cambodia and Thailand had pioneered the solution since December 2012, granting joint visas to travellers from 25 countries across the world.

Visitors could register for a 30-day pass at either of the two countries’ embassies and then would be free to explore the two nations.

During an interview with Tuoi Tre (Youth) newspaper, Thong Khon, Cambodian minister of Tourism, stated that visitors to Thailand still outnumber those to Cambodia due to the former’s strengths in terms of attractions and infrastructure.

Such differences should not affect the interests that the Cambodian economy and people could benefit from any possible cooperation with Thailand, the minister asserted.

Vietnam has not been able to set up a joint visa with any nations in the bloc as such cooperation cannot be decided by the tourist sector alone but requires coordination among relevant agencies, Nguyen Van Tuan, general director of the Vietnam National Administration of Tourism (VNAT), explained.

According to Le Tuan Anh, deputy director of the International Cooperation Department under the VNAT, the application of a common visa would increase the number of tourists to the bloc.

“The lack of such type of admission is a huge obstacle to regional tourism and should be removed,” Anh said.

As each nation has its own vision and objective, the members need to be more proactive to reach an agreement in order to provide tourists with the best conditions, the official added.

Nguyen Quoc Ky, general director of the Viettravel tourist company, tourists tend to combine many destinations in one journey, which would be easier to undertake with a joint visa.

If Vietnam does not catch up with the new trend, local tourism will fall behind, Ky warned.