VCN- After 6 months of operation (from March to the end of September 2017), e-Customs Declaration Portal   (http://tkhqdt.customs.gov.vn) has step by step affirmed its efficiency in facilitating related parties in the search. 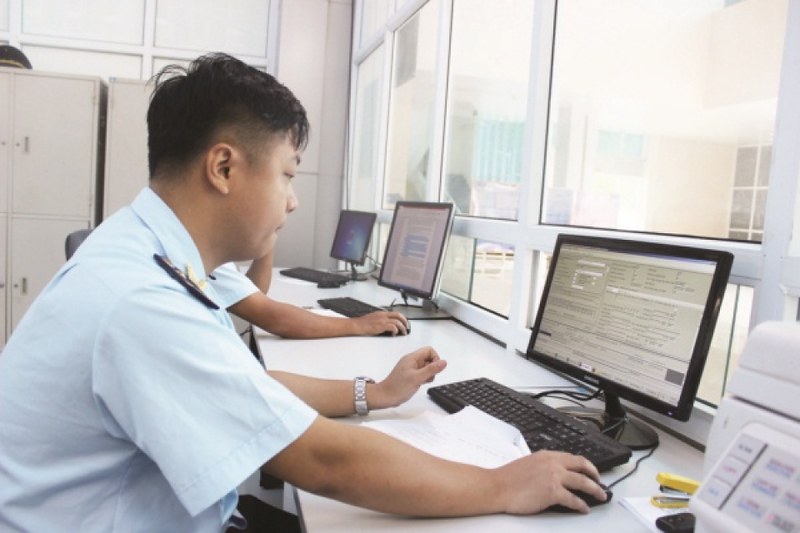 According to the Customs IT and Statistics Department (under the General Department of Vietnam Customs), over the past 6 months, the Customs has granted access rights to nearly 1,100 accounts and received requests for new accounts and connecting with the system. At the end of September 2017, there were 36,000 turns of access and checking Customs declarations.

The representative of Vietnam Chamber of Commerce Industry (VCCI) said, before the e-Customs Declaration Portal was operated, the information in Customs declaration was processed through paper declaration provided by the business. In case of verification of the accuracy of information in the paper declaration, the VCCI had to request business to submit an original declaration or directly contact or send email to the Customs. This process took a lot of time of business, VCCI, and Customs. Since the Portal was operated by the General Department of Vietnam Customs, these shortcomings have been removed.

“Thanks to the e-Customs Declaration Portal, the search for information has been quickly implemented and met the requirement of checking information at the time of receiving C/O. Therefore, the C/O licensing is carried out faster and more accurately, saving time and costs for VCCI and business” the representative affirmed.

According to the General Department of Vietnam Customs, among the group of Customers using the e-Customs Declaration Portal, banks are the majority, in which the bank for Agricultural and Rural Development (Agribank) has used with high frequency. The representative of Agribank said that before the e-Customs Declaration was operated, the bank had to access to the website of the General Department (www.customs.gov.vn) to check code and number of declaration provided by Customer. However, the results were not specific, for example, there was no name of customers living abroad, no value or name of goods and etc. The results only showed the status of whether goods of that customer were cleared or not. However, since the e-Customs Declaration Portal has been deployed, the searching process has been simplified; information and data have been more specified. Thereby, the checking process became more efficient than before.

According to the law, the Customs declaration is used in multipurpose of different administrative agencies such as inspection, supervision of imported and exported goods and circulation of goods in the market, issue of a certificate of origin, tax refund, tax audit, tax payment and import duty guarantee of credit institutions.

According to Customs IT and Statistics Department, the Portal aims to provide an e-Customs declaration to carry out a series of procedures related to the operation of a business such as tax, issue of a certificate of origin, procedures for payment via banks and other administrative procedures, and verify the legality of goods in the market.

With the operation of the Portal, the relevant authorities will easily receive e- declaration by using account provided by Vietnam Customs to access the Portal to seek information. It is simple, convenient and easy to implement and apply to numerous users of many relevant agencies.

On the other hand, some relevant units (Tax, Customs, market management, Public Security, Border Guard, and Coast Guard) and competent agencies and individuals who are authorized to inspect under provisions of the law for organizations and individuals operating in import and export and trading goods in the market) can receive message from the phone number 0869600633 of Vietnam Customs.