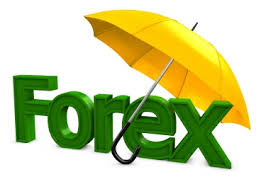 All transactions and cash payments for exports and imports of goods and services must be conducted by bank transfers through authorised credit institutions.

This regulation was approved in the decree 70/2014/ND-CP, issued last week to replace decree 160/2006/ND-CP, detailing the Ordinance on Foreign Exchange.

The new decree will come into effect on September 5.

Accordingly, income in foreign currencies from exports must be transferred to foreign currency accounts opened in authorised banks. Exceptions must get approvals from the State Bank of Vietnam.

The decree was also aimed at ensuring the liberalisation of current account transactions which said that both residents and non-residents are allowed to buy, transfer and take foreign currencies abroad for payment demands and current transactions.

They must present documents required by credit institutions when buying, transferring or bringing foreign currencies abroad, but are not required to show documents proving completion of their tax obligations.

Regarding the transfer of income in dong from foreign direct investments to other countries, foreign investors are allowed to buy foreign currency at allowed credit institutions and transferred abroad within 30 working days.

Authorised credit institutions must meet foreign currency demands of both residents and non-residents, according to the decree.