Heavy fines for littering public places, vocational training support for young people and change of dialing codes are among important regulations that will be effective from this month. 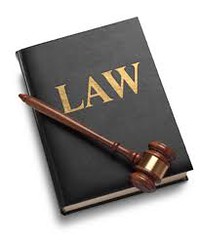 Government’s Decree 155/2016/ND-CP was put into action on Wednesday, imposing heavy fines amounting to between VND3 million (US$133) and VND7 million ($313) on those who litter public spaces, including pavements, streets or sewage systems in residential areas, especially large cities such as Hanoi and HCM City.

Fines of between VND500,000 ($22) and VND1 million ($44) will be imposed on those who throw cigarette butts and ash in no-smoking areas, such as those in shopping malls and residential areas.

Those who urinate in public spaces and others places with crowds including shopping malls, pavements and parks will also be penalised with fines amounting to between some VND1 million ($44) and VND3 million ($133).

From February 11, Circular 42 issued by the Ministry of Labour, Invalids and Social Affairs (MoLISA) will be effective, regulating some wage policy adjustments for social insurance beneficiaries.

The adjustments include concrete methods for employers to count the monthly and annual payroll for employees based on their insurance premiums.

According to the circular, these youth will benefit from a range of financial support, including food and travel fees, if they take part in any vocational training course at least some 15km away from their homes. The financial support is between VND30,000 ($1.3) and VND200,000 ($8.8) per day.

The Ministry of Information and Communications’ (MoIC) Circular 22, meanwhile, states regulations on the change of dialing codes, which will be effective from February 11 this year.

The dialing codes, which are relevant to 59 out of a total of 63 cities and provinces, will change to three-digit numbers. The four provinces with no change are Vinh Phuc, Phu Tho, Hoa Binh and Ha Giang, according to Dan Tri online newspaper.

People will be able to use both the old and new codes for a month following the change. After that, the old codes will stop working, according to the ministry.

The MoIC said its aim is to make all area codes a uniform three digits; currently there are one, two and three-digit codes. With the new codes, all phones numbers will have 11 numbers; they range from 10 to 11, at present.

The ministry will also use the opportunity to renumber phone codes based on geographical location. Provinces in the north-western region, for example, will have codes beginning with 21. The north-eastern region above Hanoi will have the new code of 20x, while the sub-Hanoi region’s code will be 22x.

The dialing codes of the upper half of the central region will begin with 23, while it will be 25 for the lower half.

Hanoi and HCM City will be the only two cities to have two-digit codes of 24 and 28, respectively. The codes of the three central cities of Can Tho, Da Nang and Hai Phong will be 292, 236 and 225, respectively.