I am a foreigner working as a teacher at an international school in Ho Chi Minh City. I signed a two-year contract with a local school from August 2017 to July 2019. I recently found out that I am pregnant and expected to give birth in late June next year. As I know, Vietnamese law allows a female employee to take six-month maternity leave. Does this also apply to female foreigners working in Vietnam? Do employers pay any salary during the maternity leave? Is my employer obliged to keep me as an employee and give me back my job after the maternity leave? Can my husband also take a paternity leave when I give birth? 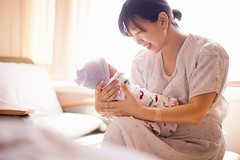 According to the 2014 Law on Social Insurance, from January 1, 2018, employees that have signed labor contracts of a term of at least 1 month and those who are foreign citizens working in Vietnam with work permits or practice certificates or practice licenses granted by competent Vietnamese agencies will be covered by compulsory social insurance under the Government’s regulations.

Since you have signed a labor contract for two years, you will be covered by compulsory social insurance from January next year if you possess a work permit, practice certificate or practice license as prescribed by law.

Therefore, you may enjoy all social insurance benefits when participating in compulsory social insurance in Vietnam, including the maternity leave provided for Vietnamese citizens as follows:

Under Article 31 of the 2014 Law on Social Insurance, you may take the maternity leave when you are pregnant or give birth once having paid social insurance premiums for at least full six months within 12 months before childbirth.

– Having taken a leave for at least four months;

– Notifying in advance your return to work prior to the end of the maternity leave to your employer and obtaining the latter’s consent.

In case you are agreed to return to work earlier than expected, you may still enjoy the maternity entitlements until the end of the maternity leave.

After taking the maternity leave and enjoying all above entitlements, you may return to work without being hindered by anyone.

According to Vietnamese law, employers may not dismiss female workers or unilaterally terminate labor contracts with female workers for the reason of pregnancy, maternity leave or breast-feeding of a child under 12 months of age, except where the individual employer is dead or declared by a court to have lost the civil act capacity, be missing or dead, or the institutional employer has terminated its operation.

Your husband may have five working days off for your giving birth if he is working under a labor contract and paying social insurance premiums.

In case you have to undergo a cesarean section or give birth to an infant at fewer than 32 weeks gestational age, your husband may leave for seven working days.