Prime minister Nguyen Xuan Phuc has promulgated a new decision allowing the Electricity of Vietnam (EVN) to raise the average retail price of electricity by between 3-5 per cent on its own, without approval from the Ministry of Industry and Trade (MoIT). Nguyen Anh Tuan, director of the Electricity Regulatory Authority of Vietnam (ERAV) spoke with the media about the decision. 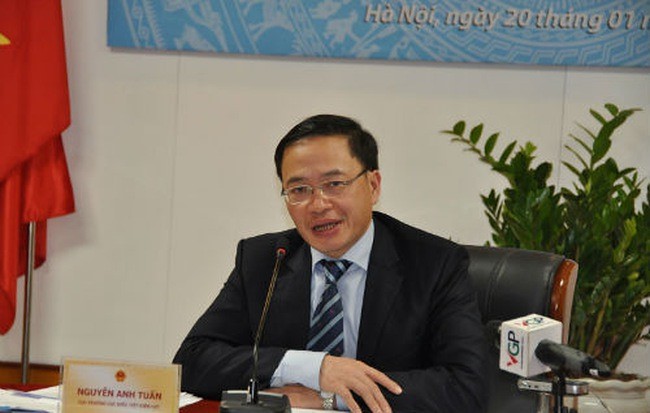 The prime minister asked the MoIT to review and evaluate implementation of the Decision No 69 in the 2013-2016 period. The review found the MoIT and the Ministry of Finance (MoF) identifying shortcomings that needed to be addressed, despite several positives.

Specifically, Decision No 69 stipulates that adjustments to the average retail price of electricity will be considered if there are fluctuations in inputs. It also says other factors will be considered on the basis of audited reports. There is no clear separation between the two, causing misunderstandings and confusion.

This is done in the new decision, enabling transparency on electricity prices and management in line with market principles.

In the 2013-2016 period, there were some changes in the power sector, such as the launch of a competitive electricity generation market, policies to encourage development of renewable energy sources and regulations on power plants providing auxiliary services.

Decision No 69 has been replaced to effect changes needed to deal with actual situation on the ground.

The old decision allowed EVN to raise electricity prices only when there was a need for a hike of at least 7 per cent to cover increases in input prices. It was assessed that this did not allow for timely responses to fluctuations in basic input prices.

Furthermore, the new 3-5 per cent range would not have a major impact on daily life of residents.

The decision is based on many opinions that EVN has the power to adjust electricity prices to a certain extent in compliance with the Law on Electricity and in accordance with orientation of having prices based on market mechanisms.

The new regulation seeks to strengthen inspection and control over electricity prices while improving transparency on power tariffs.

What are other major changes in the new decision?

First, it specifies mechanism for regulating the average electricity price in the year in line with changes in the basic input factors.

Thirdly, it revises the authority for making price adjustments, allowing, as noted earlier, EVN to decide increases in average electricity price of between three and five per cent.

Fourthly, the new decision has several supplementary regulations on the regime of reporting, inspecting, supervising and disclosing information.

Will the EVN’s electricity production and trading costs continue to be checked and published?

According to Decision No 24, every year, EVN and its member units have to be independently audited for their production and trading costs.

The MoIT will take responsibility for, and co-ordinate with the MoF in checking the production and trading costs of the previous year.

For the inspection, the MoIT can invite the Central Committee of the Vietnam Fatherland Front, the Vietnam Chamber of Commerce and Industry, concerned associations and State management agencies.

The ministry is also allowed to invite independent consultants to verify reports on final settlement of electricity production and business expenses, financial statements of EVN and its member units.

Decision No 24 also stipulates clearly the steps for management agencies to check EVN’s production costs and financial reports. The results would be published so that people can participate in monitoring and supervising EVN’s production and business activities.

What is the basis for EVN being given the authority to increase power prices by between 3 to 5 per cent?

The EVN’s authority to adjust power prices is in line with the Law on Electricity, which says it can set the average retail prices, with specific ones based on different types of customers being set by electricity retail firms.

Decision No 24 stipulates that EVN has the right to adjust average power retail prices by 3 to 5 per cent if there are fluctuations in basic input factors like the price of coal and gas, or changes in foreign exchange rates, which increases production costs.

In case the increase is between 5 per cent and less than 10 per cent, EVN should request permission from the MoIT.

And if EVN proposes an increase of 10 per cent or more, the MoIT must cooperate with the MoF to examine the proposal before submitting it to the PM for his decision.

What happens if the government finds errors in EVN’s price calculations?

If there are errors, the MoIT will ask EVN to stop adjusting or readjusting the average electricity price.

And if the regulations on adjustment and calculation of average electricity prices specified in Decision No 24 are violated, the violation will be dealt with according to laws dealing with the management of prices, charges, fees, invoices and/or other relevant legal documents (if any).