The Ministry of Finance has held a meeting to introduce changes in the list of Vietnam’s export and import goods as per Circular No 65/2017 / TT-BTC. 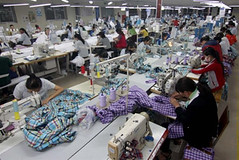 At the recent meeting, Dao Thu Huong, Deputy General Director of the General Department of Customs, said that the change focuses on a number of industries including automobile, fishery, chemicals, porcelain tiles, machinery and equipment.

The industries have had technological and commercial development so they need to have an enhancement in State management of the environment and toxic chemicals, Huong said.

Notable changes have been made in the automobile sector with an addition of new subpisions such as electric cars, electric vehicles, gasoline-electric or oil-electric hybrid vehicles.

The fishery industry details the names of some types of fish, molluscs that have high trade turnover or supplements the scientific names of fish and fish by-products to facilitate the State management.

Circular No 65 also introduces a draft decree to replace Decree 122/2016/NÑ-CP on export and import tariffs, under which it proposes two import tax reduction options on automobile components.

In the first option, the ministry proposes to reduce the most favoured nation (MFN) import tax rate of 163 tariff lines for imported cars to be assembled for two groups of vehicles to zero percent. Accordingly, the average duty rate for whole sets will be cut from 14-16 percent to about 7 percent for cars under nine seats and about 1 percent for trucks under 5 tonnes.

In the second option, the MFN import tax rate of 19 tariff lines for engines, gearboxes, actuators and high pressure pumps to be assembled for two groups of vehicles will be exempted.

The import tax rate of 42 tariff lines under Group 8708 for components assembled for the two groups of vehicles above will be cut so that the average duty rate for whole sets will be cut from 14-16% to about 7 percent for cars under nine seats and about 1 percent for trucks under 5 tonnes.

According to Huong, the tax adjustment aims to harmonise the interests of the State, enterprises and consumers besides maintaining the stable growth rate of production and assembly for vehicles under nine seats and trucks.