The revised Penal Code (the 2015 Code) was just passed by the National Assembly at its year-end session and will take effect on July 1 next year. New provisions on the penal liability of legal entities make up the most important change in the Code since its initial promulgation in 1985.Nguyen Cong LongJustice Department, National Assembly OfficePenal liability of legal entities – a progress in criminal legislation thinking or a change in criminal policy?Around the world, the liability of legal entities for criminal offenses has long been recognized in order to effectively fight crimes in the modern societies. In Vietnam, this issue has been the subject of jurisprudent research over the past 30 years. But, back in 2009 when the National Assembly debated some amendments to the Penal Code, the proposal to hold legal entities accountable for criminal offenses was still strongly refuted by not a few competent agencies on the ground of lack of thorough research (!).Only with this comprehensive revision of the Penal Code, did lawmakers finally decide on this historic landmark in Vietnam’s legislative thinking and criminal policy. In both theory and practice, the danger of legal entities, as institutions of human beings themselves, to cause harms to the society is real, even higher than that of natural persons in some aspects. According to the country’s judicial reform orientations until 2020, the requirement to establish as crimes socially dangerous acts that newly emerge in the process of socio-economic, scientific and technological development and international integration should be understood to be applicable to both natural persons and legal entities. The increasing number and seriousness of violations, mostly related to environmental pollution, trade fraud and tax evasion, committed  by businesses in the last years have attested to the ineffectiveness of administrative and civil sanctions. Eventually, the legislative body has adopted a clear attitude toward the issue: The provisions on the penal liability of legal entities in the 2015 Code aim to affirm the Vietnamese State’s viewpoint on strictly punishing violating legal entities, meeting the requirements of the crime prevention and combat in the new situation, especially serious violations of economic and environmental laws. These provisions not only ensure the overall uniformity of the legal system but also guarantee the equality between Vietnamese legal entities overseas and foreign legal entities in Vietnam[1].It should be added that the establishment of the penal liability of legal entities will lead to major changes in the criminal procedural rules. But the criminalization of violations of legal entities will help create a transparent mechanism to better protect lawful interests of both victims and violating legal entities than the administrative sanctioning mechanism does[2]. 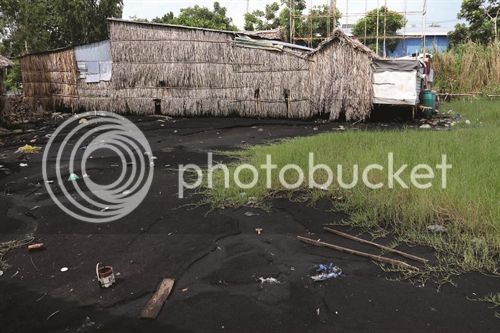 Scope of penal liability of legal entitiesIn Vietnam’s criminal justice, penal liability is always prescribed in the Penal Code as a ground for determining penalties and other criminal coercive measures. This principle is also applied to all provisions concerning legal entities in the 2015 Code. In addition to the general provisions of Chapter I, the 2015 Code has a fresh chapter (Chapter XI) to deal with offenders being legal entities.At present, only individuals committing a crime prescribed in the Penal Code must bear penal liability. For legal entities, a similar provision is added in Article 2 of the 2015 Code, which says: “Any commercial legal entity that commits a crime prescribed in Article 76 of this Code shall bear penal liability.” The definition of offender (Article 8) also mentions this type of offender. Under these provisions, not all legal entities, but only “commercial” legal entities (below referred to as legal entities) may be examined for penal liability. According to Article 75 of the revised Civil Code[3] and Articles 2 and 8 of the 2015 Code, commercial legal entities are legal entities that have the primary goal of seeking profits to be divided to their members, including enterprises and other economic entities, can be regarded as. In sum, as defined in Clause 16, Article 3 of the Investment Law, legal entities including enterprises, cooperatives, unions of cooperatives and other organizations conducting business investment activities, have “a chance” to become offenders. On the contrary, non-commercial legal entities that do not have the primary goal of pursuing profits are excluded from penal liability. These entities include state agencies, political organizations, socio-political organizations, socio-political-professional organizations, social organizations, socio-professional organizations, social funds, charity funds, social enterprises and other non-commercial organizations (Article 76 of the Civil Code).Regarding conditions of a legal entity to bear penal liability, in addition to the condition on the statute of limitations for penal liability examination, a legal entity must bear the penal liability when the following three conditions are fully met:(i) The criminal offense is committed on behalf of the legal entity, i.e. committed by the lawful representative (competent or lawfully authorized representative) of the legal entity;(ii) The offense is committed for the benefit of the legal entity. In case a criminal offense is committed by the lawful representative of the legal entity but not for  the latter’s benefit, only such representative will be examined for penal liability. For example, if the director of a company evades payment of social, health and unemployment insurance premiums but the company does not benefit from the evaded amounts, it cannot be held liable for such offense; and(iii) The offense is committed under the legal entity’s instruction or approval. This condition ensures conformity with the above conditions. In case a criminal offense is committed on behalf of the legal entity for its benefit but neither within an assigned task, vested power or nor in compliance with a resolution or decision of its Members’ Council or Shareholders’ General Meeting or approved production or business plan or process, the legal entity cannot be compelled to bear legal consequences.The 2015 Code establishes 31 crimes in the economic and environmental sectors, including 22 crimes specified in Chapter XVIII (crimes infringing upon the economic management order) and nine others in Chapter XIX (environment-related crimes), for which legal entities may be charged. This selection has been based on the following considerations:– The liability of legal entities for criminal offenses is novel to Vietnam’s legislation and should be dealt with in an appropriate and prudent manner;– The prevalence and social danger of violations committed by legal entities; and,– Experiences of foreign countries.As violations committed by enterprises in the economic and environmental sectors have been increasing in the past years, the imposition of penalties on these legal entities aims first of all to effectively address this situation.Moreover, the establishment of a number of crimes in the economic and environmental sectors will, to some extent, ensure better realization of Vietnam’s commitments in treaties it has acceded to. These crimes include: infringing upon copyright and related rights (Article 225); infringing upon industrial property rights (Article 226); breaching the regulations on forest exploitation and protection and forest product management (Article 232); and breaching the regulations on management and protection of endangered, precious and rare animals (Article 244)[4].Another noteworthy point of the 2015 Code is that it not only contains provisions designed to implement treaties but also directly refers to provisions of these treaties as the basis for charging offenders. For example, with regard to acts of illegally stockpiling, transporting, processing or trading in large volumes of endangered, precious and rare plant timber, and illegally hunting, killing, rearing, holding in captivity, transporting or trading in endangered,  precious and rare animals, the Code says that the basic elements and aggravating circumstances of the crime of breaching the regulations on forest exploitation and protection and forest product management and the crime of breaching the regulations on management and protection of wild animals must be identified based on Annexes I and II to the Convention on International Trade in Endangered Species of Wild Fauna and Flora (CITES) respectively. Similarly, the examination of the liability for the crimes of causing environmental pollution (Article 235) and bringing waste into the Vietnamese territory (Article 239) must be based on Annex A to the Stockholm Convention on Persistent Organic Pollutants. Perhaps this is the first time Vietnam’s criminal law accepts to apply the new legislative technique of directly referring to provisions of treaties as the basis for determination of specific crimes.