Public-private partnership (PPP) regulations would be amended toward facilitating project implementation while ensuring strict management of projects and harmony of the interests among the State, investors and users, heard a recent meeting that discussed a draft decree to replace Decree 15 of 2015 regarding investment in the PPP form. 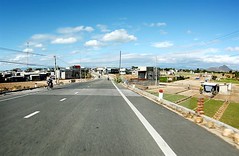 According to the Ministry of Planning and Investment, current regulations restrict the use of other lawful public investment funds, such as regular expenditures and revenues from public services.

To deal with this, the draft decree states that in addition to public investment funds, state capital (to support work construction) may be added with other sources such as the value of public property and the right to exploit public property in accordance with law, and applicable  to all kinds of contracts. However, public investment funds may not be used for build-transfer contracts.

At the same time, capital to be paid to investors under build-transfer-lease and build-lease-transfer contracts would come from regular expenditures and revenues from provision of public services.