The General Department of Customs is working out a draft decree to revise Decree 08 issued in 2015, which focuses on simplification of procedures for customs valuation to create more favorable conditions for priority enterprises in the customs sector. 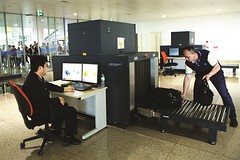 According to an official from the General Department of Customs, current regulations still lack the method of customs valuation in case the value of goods cannot be determined under a purchase and sale contract or commercial invoice. This obstructs customs officers’ determination of taxable value, thus delaying customs clearance for enterprises.

To deal with this, the draft adds three methods of determining the customs value of exports, namely determination based on the value of identical or similar goods in the customs value database; the selling price of identical or similar goods in the Vietnamese market; and the selling price of identical or similar exports after it is converted into the selling price of goods calculated at the border gate of exportation.Particularly, the draft amends Article 21 of Decree 08 regarding customs inspection and valuation. It says that if having sufficient grounds for rejecting the customs value declared during customs clearance, the customs office would require the customs declarant to make additional declaration, and then release the goods. If having suspicion about the declared value, the customs office would notify such to the customs declarant for consultation in order to verify the accuracy of the declared value, and then release goods. If the customs declarant fails to make additional declaration as requested, the customs office would determine the value of goods, assess tax under the Law on Tax Administration, and then release the goods.Another novel provision of the draft is removal of post-clearance inspection for priority enterprises. Accordingly, Article 9 of Decree 08 is added with Clause 4 stating that priority enterprises would be exempt from post-clearance inspection at the customs office if they do not violate the customs law and other regulations on import and export management.This provision follows international practices, the official said, explaining that other countries in the world usually conduct periodical audit of priority enterprises rather than carrying out inspection at customs offices based on customs declarations of these enterprises.- (VLLF)