Vietnam is becoming an attractive profit-generating market for investment in Southeast Asia, with a low interest rate, record low inflation in 2015, and the VND exchange rate far better than other currencies in the region. 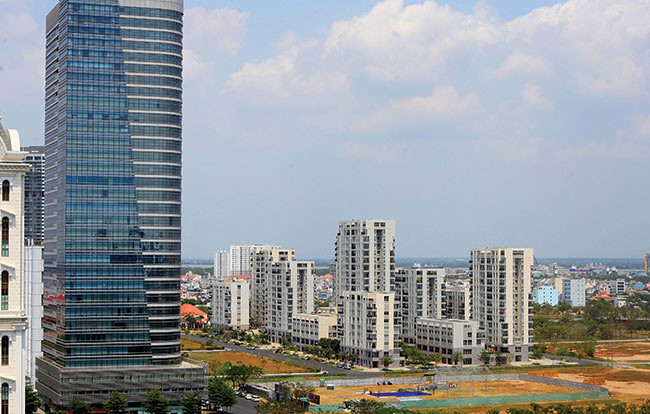 The number of foreign and domestic investors studying the real estate market in Vietnam has been increasing sharply since the beginning of 2015.

More and more multinational investment and property development companies have realised this encouraging improvement, leading to a series of mergers and acquisition (M&A) deals in the retail and hospitality sectors in the past year.

This is the reason why, out of the $5 billion in M&As in Vietnam in 2015, most of the large sale transactions were in the transfer of real estate projects.

Entering 2016, the continued strong growth of sales in the residential market – especially in HCM City – has driven investors to focus on M&As in this market. TNR Holding bought TNR Tower from Vingroup for $110 million; Keppel Land bought a part of Empire City project in HCM City from Empire City Ltd New launches continued to be in the east (48 per cent) and the south (31 per cent) of HCM City.

Interestingly, the western part of the city has become busy again, accounting for 11 per cent of new supply. This reflects the recent trend of notable developers making the strategic move west for cheaper land prices, greater availability of land, and improved infrastructure over recent years via Vo Van Kiet boulevard and relatively complete inter-regional connectivity through the HCM City-Trung Luong expressway.

Since the second half of 2015, domestic companies have been “hunting” for suitable land banks in the west of the city to develop their projects. Notably, Khang Dien House Trading and Investment JSC bought 32 million shares of Binh Chanh Construction Investment (BCCI) JSC. This purchase allowed them to increase their land bank through the 400 hectare site in HCM City’s Binh Tan and Binh Chanh districts.

These owners are rapidly capitalising on the low-cost advantages of this western region, thus allowing them to develop new investment preferences while increasing the quality of life for low/mid-end customers in the area.

Since the end of 2015, Vietnam’s retail market has also been a hive of M&A activities.

One such retailer is Central Group. After opening two Robins Department stores in 2014, it is expanding its business in the electronics retail sector through the acquisition of 49 per cent in Nguyen Kim.

Another example, Berli Jucker (BJC) acquired Metro Cash & Carry in late 2015 and was listed among the potential buyers for Groupe Casino’s (France), 30+ Big C supermarkets across Vietnam. Other well-known retailers in the running for this acquisition include Dairy Farm Group from Singapore, Lotte Shopping from South Korea, and Aeon from Japan.

As the business results of city hotels and beach resorts are improving all the while, this industry looks likely to continue attracting foreign investors and operators, as well as local customers.

While the public is still wondering whether or not the apartment market in HCM City and Hanoi is undergoing a property bubble, thousands of resort properties have been traded successfully in the southern island of Phu Quoc, the south-central cities of Nha Trang and Danang in 2015 and 2016′s first quarter. Guaranteed yields and weekend sales events have funnelled billions of dollars into these coastal areas.

In the overall picture of M&A activities over the past year, we can see that the advantage of investment rests with the local enterprises because they have better access to land. They also understand the business environment as it relates to domestic sales, thus saving them more time implementing the deal.

However, domestic investors still encounter certain difficulties, as only some local firms have the financial capacity to dominate M&A deals.

Compared to foreign investors, domestic investors do not have much experience. To achieve high efficiency in M&A real estate transactions, an investor requires many different capacities – not just capital. Ideally, an investor should have the ability to evaluate the potential of the project relative to their company’s market share, weigh the investment objectives of the enterprise, determine a suitable price, be competitive in the bidding process, and – crucially – be able to carry out and manage the project after the transfer.

In the context of the real estate market entering a new development cycle, a stable macro-economic situation, and positive domestic demand relative to a dampened regional economy, will foreigners with the financial resources be able to find more appropriate investment opportunities?

However, according to the survey, the biggest concern for foreign investors seeking investment opportunities in Vietnam continues to be transfer price issues and transparency. If the buyer and seller can come together on these two issues, M&A activities are likely to remain vibrant.

In 2016, Vietnam’s real estate sector is expected to continue its ascendancy, creating many opportunities and favourable conditions for M&A activities. This is due, at least in part, to the Asean Economic Community officially being put into operation in 2016, as well as the Trans-Pacific Partnership and other trade agreements which are in the final stages of negotiation.

CBRE expects to see continued interest in real estate, particularly in hospitality, retail, industrial, logistics assets, and, of course, the housing sector. CBRE believes that developers, investors, and users have Vietnam on their radars and the market will welcome new players in the near future.