The creditors’ rights and ability to recover debt (credit institutions) are being ignored, notably the collateral recovery that caused doubtful debt. This is a shortcoming that credit institutions really want a new legal document to resolve the bad debt. 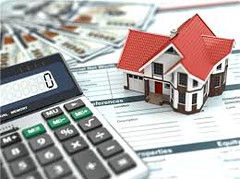 As Lawyer Nguyen Thi Phuong – Deputy Chairman of the Bank Legislation Club of Vietnam Bank Association said, in terms of legal nature: “The right to handle collateral assets of credit institutions” is a civil right of a credit institution (a commercial legal entity ) is established on the basis of agreement in the contract (to establish security transactions between credit institutions and asset users to secure the performance of obligations under credit agreements) and the regulations of the Civil Law about security measures. As a type of civil rights, credit institutions are entitled to dispose of their collateral assets at their own discretion in accordance with the fundamental principles of civil law and not to abuse the right to damage to others.

However, in fact, credit institutions are facing many obstacles to this “right”, there are obstacles due to the provisions of law but there are also obstacles created by law enforcement. Mr. Nguyen Hoang Hung, Deputy Director of debt management under the Saigon-Hanoi Commercial Joint Stock Bank (SHB) said that the seizure of collateral is real estate despite the implementation in accordance with the order, procedures and notice on the disposal of collateral assets, but the guarantor does not cooperate, deliberately oppose such as not moving out of the estate, not signing a record on seizure of assets, using old people, children … to protest. Therefore, the ultimate solution is that the credit institution must submit a lawsuit petition to the court and pursue a very long time and costly litigation proceeding in order to be able to handle the collateral assets.

Moreover, Mr. Nguyen Duc Huong, senior advisor of LienVietPostBank, described that credit institutions would change from creditors to “beggars”, “they stand when they lend, but genuflect when they recover the debt”. Meanwhile, the capital of our economy is still heavily dependent on the banking system, it is necessary to ensure the interests of credit institutions in order to protect the whole system.

Mr. Doan Thai Son, Director of the SBV’s Legal Department says that most countries are interested in building and perfecting the legal system on handling insolvent debts of enterprises and protecting credit institutions’ rights, which serve as the foundation for helping countries in enhancing the stability of the credit institutions system and stabilizing the macro economy, protecting the interests of creditors and increasing responsibility of the borrowers.

Does it need a “favour”?

It can be seen that if the current mechanism continues to be maintained, the time for handling collateral assets will certainly be extended, the contractual agreements can be broken due to the dependence on the goodwill of the property owners.

As Mr. Nghiem Xuan Thanh, Chairman of Board of Directors of Bank for Foreign Trade of Vietnam (Vietcombank) said, Vietcombank had 790 cases of handling collateral assets transferred to the court, and 98 cases were sent to the court. The average time to resolve a dispute through a court takes up to two years, some cases waste seven years but still not solved, or some cases waste 18 months for the initial settlement. After that, the process of executing the sentence again takes 2-3 years, such as the debt of An Phuc Company in Binh Duong has entered the fourth year that can not be enforced.