VCN- Regulations on the customs procedures for transit goods and transship goods are important contents in the draft Decree amending and supplementing Decree 08/2015/ND-CP. 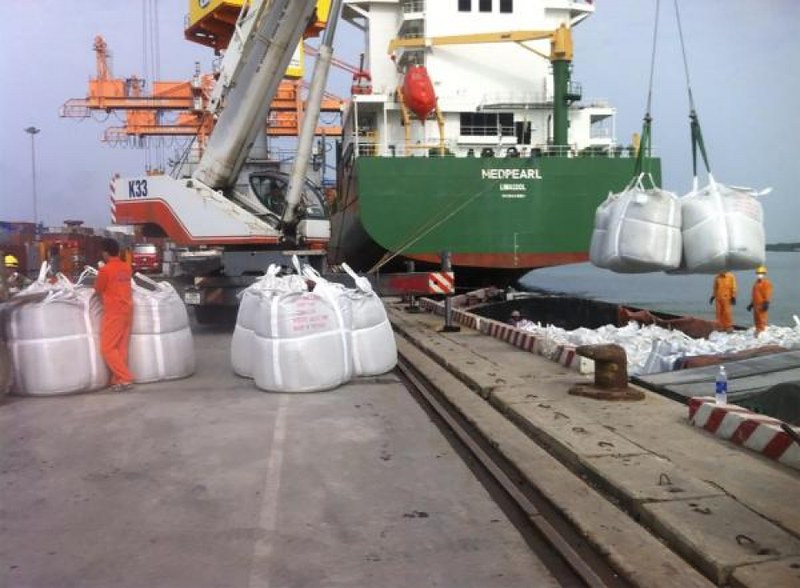 Therefore, after many meetings, on 9th August, the General Department of Customs continued to hold a meeting with the representatives of the Ministry of Industry and Commerce, the Ministry of Finance, the Ministry of Transportation, the Customs in some provinces and cities and some enterprises operating in the field of transship and transit goods. Deputy General Director of Customs Nguyen Duong Thai chaired the meeting.

It is necessary to clarify the concept of the two types

Speaking at the meeting, Deputy General Director Nguyen Duong Thai said that the amendment of regulations on the transit and transship goods was the requirement of reality and also the direction of the Government to remove difficulties for the international trade operation, however, there would be provisions to cover the current gaps in the management of this activity.

Analysis on the actual requirements that need to amend the current regulations, Deputy Director of the Customs Management and Supervision Department Nguyen Nhat Kha said, because the current regulations had not really defined clearly between the transit goods and the transship goods in the customs management, so it might lead to inconsistent implementation of customs procedures for the transit and transship goods; On the other hand, the Commercial Law, as well as other legal documents, had not specified the transshipment activity.

In addition, for the transit routes, as provided for in Clause 2, Article 243 of the Commercial Law, the Ministry of Transport is the designated unit for the transit routes. At present, the Ministry of Transport has Circular No. 16/2017/TT-BGTVT regulating the specific routes (road, railway, waterway); The border couples that the goods are transited is also regulated in the Vietnam – China, Vietnam – Cambodia, Vietnam – Laos transit agreements.

So that, according to the Customs Supervision and Management Department, it is necessary to specify clearly the transit goods and transship goods in order to ensure the correct nature of transit goods and transship goods as well as ensure management of goods and advantages in the implementation process. It is expected that the General Department of Customs would specify the concept: the transship goods are the goods transported from abroad into Vietnam to be put into the transshipment areas at seaport and then transferred to foreign countries from this seaport or transported by the inland waterway or the sea to the transshipment areas at another seaport for export to foreign countries. The transship goods are shipped all over the foreign country once or multiple times. The seaports being transshipped the goods are the seaports type IA and the Ho Chi Minh City port. Accordingly, the goods being transported from abroad through the Vietnamese territory to other countries shall comply with the provisions on the transit goods.

Regarding the commodity policy, the representative of the Customs Supervision and Management Department also said that the implementation was facing problems due to the unclear regulations. Article 40 of Decree 187/2013/ND-CP provided for the transit commodity policy, however, this Decree did not rule out the transship goods. Accordingly, pursuant to Article 241 of the Commercial Law, the transship goods were also governed by Article 40 of Decree 187/2013/ND-CP. In addition, for the current transship goods, Circular No. 08/2004/TTLT-BTM-BTC-BGTVT stipulated the goods banned from transshipment at Vietnam’s seaports including: weapons, ammunition and explosive materials, military technical equipment; Drugs; Atomic waste and toxic chemicals on the list of toxic chemicals prohibited from export and import according to the provisions of the Vietnamese law. Accordingly, pursuant to the above provisions, in addition to goods not transshipped under the provisions of Circular 08/2004/TTLT-BTM-BTC-BGTVT, the transship goods on the list of goods specified in Clause 3 of Article 40 of Decree 187/2013/ND-CP must be licensed by the Ministry of Industry and Trade.

However, in fact, there is a difference in the nature of the transit goods and transship goods. The transit goods are goods of the foreign owners signing contracts with the logistic companies that the logistic companies carry the goods in the Vietnamese territory. In case the goods are on the list of goods subject to the transit permits in accordance with the provisions of Article 40 of Decree 187/2013/ND-CP, the Ministry of Industry and Trade will grant licenses at the request of the foreign owners. In addition, the transit goods must comply with the bilateral or multilateral agreements between Vietnam and other countries.

The transship goods is caused by the carrier carrying the goods of the foreign owner, the carrier ships the goods into Vietnam and keep them at the transship areas of the seaport, then continuing to transport them abroad, or transport them to another port for transporting abroad. The transshipment is based on the business and exploiting plan of the shipping company (the transship goods in, out the seaport). Accordingly, according to the Customs Modernization and Management Department, in order to ensure the true nature of each kind of goods, it is expected that the management policy for each kind of transship and transit goods will be stipulated.

Speaking at the meeting, many participants agreed with the plan to amend Decree 08/2015/ND-CP to separate two types and apply different management policies. A representative of the Saigon Newport Corporation said that limiting the transit routes in Article 44 of Decree No. 08/2015/ND-CP had limited the advantages and potentials of transshipment. Although the Prime Minister has already issued a document to remove difficult for part of this activity, it still does not apply due to the issue of the license.

After hearing the specific opinions of representatives of participating units on each article and clause in the draft, Deputy General Director Nguyen Duong Thai said that the Customs would receive many opinions to improve the content of the draft Decree, in the spirit of removing the obstacles to promote the transit and transship activities. It is expected that the General Department of Customs would report to the Ministry of Finance for appraisal opinions of the Ministry of Justice by the end of August 2017, would be completed to submit to the Cabinet members by September 2017.