The changes in tax policy and investment incentives are the issues of greatest concern for foreign investors in Vietnam, said Bui Ngoc Tuan, deputy general director of the Audit and Advisory firm Deloitte Vietnam at a workshop on Tuesday in Hanoi. Themed “Investment incentives, related party transactions: situation and solutions,” the workshop was co-organized by Deloitte Vietnam, the Ministry of Planning and Investment and the Ministry of Finance.“The factors impacting foreign direct investment activities often include the fluctuation of the tax rate through the years, available incentives in the country, flexibility in the application of incentive schemes, time for investment procedure and advantages and disadvantages of administrative investment procedures,” Tuan said. 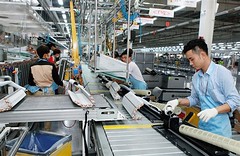 The Vietnamese Government continues to make policy adjustments toward a flexible and transparent orientation to create the most favorable conditions for foreign investors to enhance their national competitiveness, Tuan said.The tax system reform strategy for the 2011-2020 period has brought achievements, said Nguyen Thu Thuy, a representative from the Taxation Policy Department of the Ministry of Finance.Under the reform, tax policies create a fair and equitable environment without discrimination between different economic sectors, forms of ownership and taxpayers.However, Thuy said, many foreign invested enterprises (FIEs) are taking advantage of strong investment incentives, such as land rent, Corporate Income Tax (CIT) and Personal Income Tax (PIT), to transfer prices and profits.An analysis of financial statements of FIEs from 2012 to 2016 shows that the number of FIEs reporting losses is between 44 per cent and 51 per cent.At the same time, the increase in scale of investment and business activities from these FIEs reporting losses is higher than the increase in the number of FIEs reporting losses, which shows that the problem of transfer price in the FDI sector is increasing and becoming more complex, Thuy said.Besides the price transferring activities of FIEs from Vietnam to abroad, there are also cases of the backward transfer of profits (from abroad to Vietnam) of some large FIEs enjoying high incentives in CIT rates and CIT exemptions and reduction periods.“This is shown by the data that the average return on equity (ROE) of FIEs in some sectors over the years has always remained very high, such as electrical components computer, peripherals, telecommunications and software, with ROE before tax more than 30 percent.”There should be a control mechanism to limit the FIEs reporting losses or losses in capital that still continue to invest in expanding operations in order to enjoy incentive tax, Thuy added.Transfer pricing is an integral part of global trade, hence it cannot be avoided, said Thomas McClelland, General Director of Deloitte Vietnam.“Transfer pricing is not only about margins and benchmarking analysis, it also requires business performance assessments,” McClelland said.He added that tax authorities need to understand the business realities and then take an appropriate course of action. They also need to enforce basic compliance first rather than cherry picking taxpayers for audit.The national legal system needs to be internationalized in order to promptly catch up with international trends. For example, more bilateral treaties should be signed, he said.“If Vietnam currently does not have mechanisms in place to measure the impact of their incentives, it is strongly advisable that a monitoring and evaluation system (M&E) be implemented,” said Wim Douw, a senior expert for trade and competitiveness policy at the World Bank.Such a system should be based on clearly defined policy objectives and would track the performance of both the costs and benefits of the incentives offered