1. Planning LawPassed on November 24, and set to take effect on January 1, 2019, the Planning Law prescribes the formulation, appraisal, approval, implementation and adjustment of master plans in the national planning system.The Law marks an institutional transformation aiming to synchronize and unify the current planning regulations.In addition to state resources, the Law encourages mobilization of private and foreign resources for investment and development. and helps make the best use of advantages and potential of each locality or sector. It also helps ensure publicity and transparency in information access to supervise the implementation of master plans and guarantee the right of the people and enterprises to freely conduct business lines not banned by law under the 2013 Constitution. 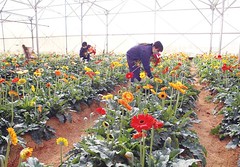 Passed on June 19, and set to take effect on July 1 next year, the Law on Technology Transfer aims to promote the development of the science and technology market, facilitate the commercialization of scientific research and technological development results, and prevent the transfer of backward technologies and equipment into Vietnam.The Law encourages the transfer of advanced and high technologies into Vietnam, technologies from Vietnam to foreign countries as well as technolgy transfer within the country to serve national defense and security and rapid and sustainable socio-economic development.

3. Law on Foreign Trade ManagementPassed on June 12, and set to take effect early next year, the Law on Foreign Trade Management replaces the 2005 Commercial Law’s provisions concerning foreign trade, and Ordinance 42/2002/PL-UBTVQH10 on safeguards in import of goods from foreign countries into Vietnam; Ordinance 20/2004/PL-UBTVQH11 on anti-dumping of goods imported into Vietnam; and Ordinance 22/2004/PL-UBTVQH11 on anti-subsidization of goods imported into Vietnam.The Law was enacted to meet international economic integration requirements and provide state management agencies with flexible foreign trade management tools.4. Resolution 42/2017/QH14 Adopted on June 21, the Resolution on pilot resolution of non-performing loans of credit institutions applies to credit institutions, foreign bank branches and the wholly state-owned organization founded by the Government to resolve non-performing loans of credit institutions.It provides important policies on pilot resolution of non-performing loans and realization of their collateral and rights and obligations of agencies, organizations and individuals involved in the resolution of non-performing loans.This Resolution took effect on August 15, 2017, and will be implemented for five years from that date. To implement this Resolution, on July 19, 2017, the Prime Minister issued Decision 1058/QD-TTg, approving the scheme on restructuring of the credit institution system in association with the resolution of non-performing loans during 2016-20.5. Decree 03/2017/ND-CPIssued by the Government on January 16,  this Decree provides legal grounds for control and handling of violations in casino business and prescribes responsibilities of ministries and localities for state management of casino business.It also aims to help attract investment in projects on service-tourism-entertainment complexes with casinos and prescribes sanctions against violations to protect casino game players.It allows on a pilot three-year basis Vietnamese to enter and play games in casinos while combating illegal gambling activities and illegal transfer of foreign currencies abroad for illegal gambling.This Decree is guided by Ministry of Finance Circular 102/2017/TT-BTC dated October 5, 2017, and State Bank of Vietnam Circular 10/2017/TT-NHNN dated August 30, 2017.6. Decree 20/2017/ND-CP Issued by the Government on February 24, this Decree prescribes tax administration of enterprises having transactions with related parties, providing legal grounds for tax authorities to fight transfer pricing and underpayment of state budget revenues, and inhibit unfair competition between foreign enterprises and domestic ones.It prescribes for the first time obligations of taxpayers to declare and determine prices of transactions with related parties in Vietnam, and  guides the deduction of expenses for related-party transactions and bank loans. This regulation helps realize the country’s commitment to implementing tax policies in conformity with the Base Erosion and Profit Shifting (BEPS) on transparency and anti-tax evasion efforts.With effect from May 1, this Decree is guided by the Ministry of Finance in Circular 41/2017/TT-BTC.7. Decree 22/2017/ND-CP Issued by the Government on February 24,  and effective on April 15, this Decree provides for commercial mediation, aiming to encourage disputing parties to use mediation to settle their commercial disputes.It applies to commercial mediators, commercial mediation institutions, Vietnam-based foreign commercial mediation institutions, the state management agency in charge of commercial mediation, and other organizations and individuals involved in commercial mediation.Not governed by this Decree, disputing parties’ self-mediation or request for mediation by other parties than commercial mediators, commercial mediation institutions or Vietnam-based foreign commercial mediation institutions must follow their agreements  and comply with law.8. Decree 43/2017/ND-CPIssued by the Government on April 14, and effective on June 1, this Decree prescribes goods labeling in replacement of Decree 89/2006/ND-CP dated August 30, 2006. Compared to the previous text, it aims to create more favorable conditions and reduce expenses for goods labeling of enterprises, helps  protect the consumer rights, fight goods smuggling and counterfeiting.It prescribes the labeling of a number of new commodity groups and incorporates some relevant provisions of specialized management documents.It allows goods labels and packages bearing goods labels made and printed before June 1, 2017, under the previous regulations to continue to be used until June 1, 2019. 9. Decree 46/2017/ND-CP 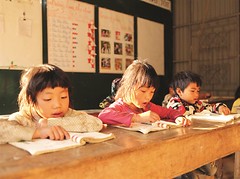 Issued by the Government on April 21, and effective on the same date, this Decree prescribes the conditions for investment and operation in the education sector, and replaces Decision 64/2013/QD-TTg dated November 11, 2013.Notably, it prescribes the investment and operation conditions of foreign-invested educational institutions and Vietnam-based foreign education representative offices, divisions of foreign-invested educational institutions, and training cooperation with foreign countries under the regulations on foreign investment in education.10. Circular 23/2017/TT-BLDTBXHIssued by the Ministry of Labor, War Invalids and Social Affairs on August 15 and effective on October 2, this Circular guides the receipt of dossiers of request for approval of the need to employ foreign workers, grant and re-grant of work permits, and via-network certification of eligibility for work permit exemption for foreign workers in Vietnam at level 3 of online public services.Under this Circular, the time limit for via-network declaration and submission of explanatory reports on the need to employ foreign workers is shortened to 20 days from current 30 days under Circular 40/2016/TT-BLDTBXH dated October 25, 2016. Work permits must be granted to employers within eight working hours after receiving application dossiers.- (VLLF)