On May 18, 2017 in Hanoi, Oxfam published the list of 15 “tax haven”. Mr. Francis Weygiz, Senior Advisor on Taxation of Oxfam said that Vietnam should restrict the application of preferential forms on the tax exemption and reduction time, because these  forms will reduce the highest revenue collection. 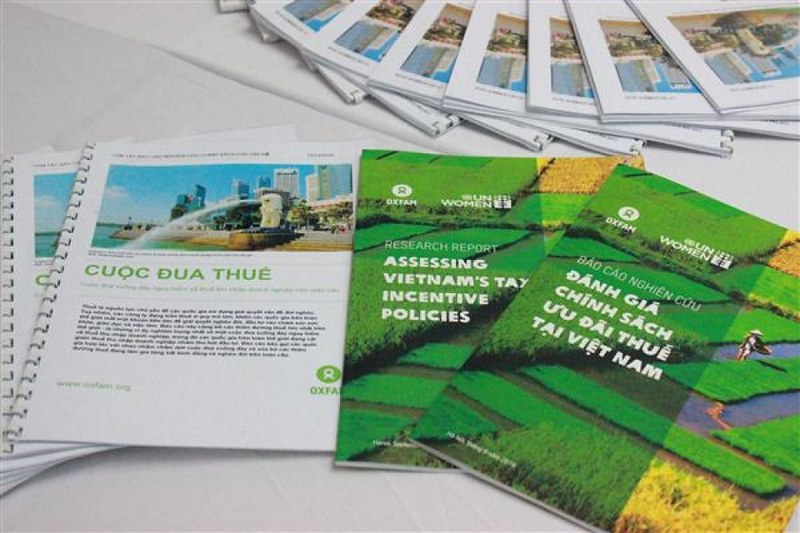 As reported by Oxfam, the large multinational corporations are using their political power and financial resources to avoid taxation.

In the United States, one of the current Tax loopholes is that the US Securities and Exchange Commission requires companies to declare “major branches” (accounting for more than 10% of total assets, or more than 10% total revenue). When comparing the list of branches reported to the Securities and Exchange Commission to the lists were reported to Fed, Oxfam found that on average, each company reported fewer than 89 branches. The branches were not reported which could be in the “tax haven” such as: Panama, the Bahamas, or Cayman Islands, helping companies avoid paying billions of dollars in taxes.

Furthermore, while banks reported high profits in tax havens but reported in losses elsewhere. Oxfam gives an example of a major bank in Germany when declaring low profit or loss in key markets in 2015, while reporting nearly 2 billion euros of profit in tax havens.

In parallel with the tax avoidance of the multinational corporations, the developed countries are applying harmful tax incentives, even reducing corporate income tax to 0%. In order to rebalance tax losses, the countries are applying regressive tax measures (such as VAT) for public services, which increases the tax burden for the small businesses.

Therefore, Oxfam said that tax incentives play an active role in attracting investment or helping a country develops its economy; But if applying regularly the tax incentives, it will be inefficient and costly.

Therefore, he suggested that Vietnam should establish a measure to collect information and data on tax incentives policies: the number of projects are enjoyed, the project’s contribution to the economy, the amount of reduced revenue collections and need to be published to monitor; analysising cost and benefit before issuing and after applying policies on tax incentives; Reviewing and gathering all tax incentives policies to avoid overlapping and wastefulness and spreading.

In particular, according to Mr. Francis Weygiz, Vietnam should restrict the application of preferential forms on the tax exemption and reduction time, because these forms reduce the highest revenue collection.